Michael Schatte and his band just returned from an exhilarating week-long trip to Memphis, Tennessee, in which they competed against 117 of the best blues bands from North America and abroad during the legendary International Blues Challenge.

Representing the Great Lakes Blues Society, The Michael Schatte Band became the first act in the society’s history to win their way into the competition’s final round, performing with seven other band finalists at the lovely and historic Orpheum Theatre just off of Beale St. this past Saturday. An excellent article in the London Free Press concerning the accomplishment can be seen here.

The band, featuring Randy Cassidy on bass and Riley O’Connor on drums, was a crowd favourite throughout the week, advancing through two preliminary rounds and the semi-finals to reach a coveted spot among the festival’s best acts. Their energizing blend of rootsy blues rock, illustrated through performances of Schatte original songs like Honey Doll andPistol On Her Pillow from his new album Turn Back the Vikings (available here), proved a potent brew at Beale St. clubs and the Orpheum alike.

Thanks are due to Dave Harland and the members of The Great Lakes Blues Society, who supported the band (and their society cohorts, the excellent Katfight Keys) in many ways to make the trip an unqualified success.

The Michael Schatte Band will appear next at one of London’s best live music clubs, The Eastside Bar and Grill on Friday, February 6th, playing new material from Schatte’s latest album as well as revisiting the set that won them a spot in the finals at the Memphis International Blues Challenge. 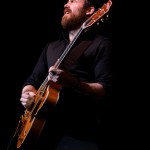 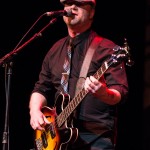 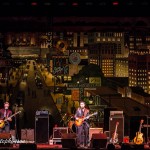 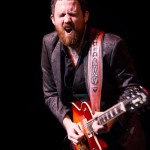