Join two of Canada’s finest guitarists for an evening of unforgettable eclectic electric roots music.  The Michael Schatte Band returns to Wallaceburg hot on the heels of Schatte’s internationally acclaimed Conundrum album, which France’s Le Zicazine magazine described as “over an hour of virtuosity” and acclaimed Muddy Waters biographer Sandra B. Tooze called “a tour de force of his talent, most evident in his red-hot guitar work, gorgeous vocals, and superb songwriting.” This time around, Michael’s band will be previewing songs from Hero Worship, Volume I, the long-promised and hotly anticipated album of Schatte versions of classic songs by artists ranging from the globally famous to the internationally obscure. The music of Dire Straits, Richard Thompson, The Beatles, Robin Trower, Harry Nillson, David Wilcox and more will be interspersed with Schatte fan favourites.

Also on the bill is Chatham’s Tom Lockwood, a world-class guitarist known here and abroad for his acoustic and electric guitar work as both composer and performer.  Praised by Don Ross, Liona Boyd, Guitar Player Magazine and many others, Lockwood has a lifetime of impressive musical accomplishments to his credit.  He and Schatte have a long history together (Michael was Tom’s guitar student while still a teenager, and since then the two have often collaborated on stage and in the studio), so concert-goers can expect fiery guitar exchanges between these two genre-bending players before the night is over. 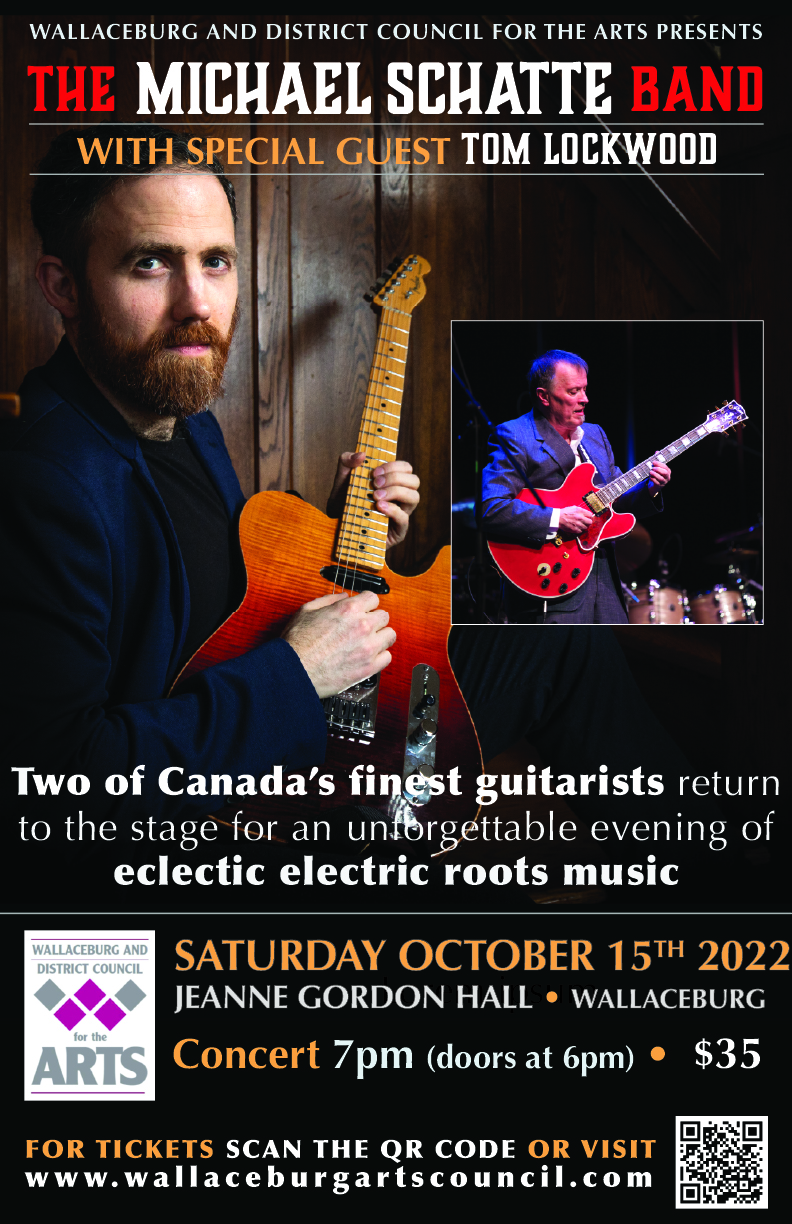