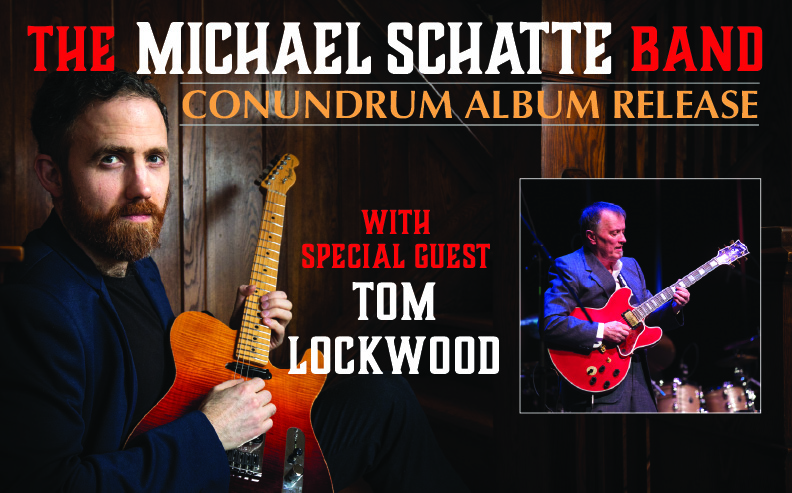 Also on the bill is Chatham’s Tom Lockwood, a world-class guitarist known here and abroad for his acoustic and electric guitar work as both composer and performer. Praised by Don Ross, Liona Boyd, Guitar Player Magazine and many others, Lockwood has a lifetime of impressive musical accomplishments to his credit. He and Schatte have a long history together (Michael was Tom’s guitar student while still a teenager, and since then the two have often collaborated on stage and in the studio), so concert-goers can expect fiery guitar exchanges between these two genre-bending players before the night is over. 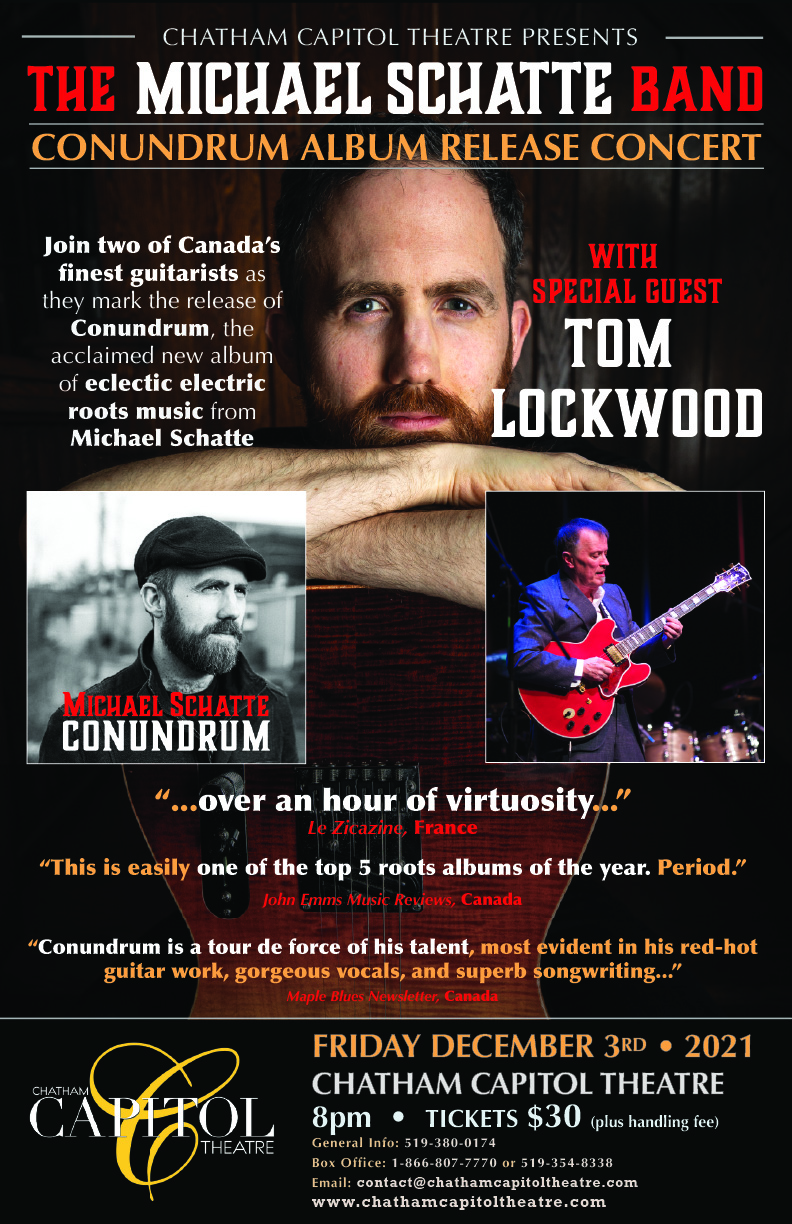