Schatte Music Video To Premier in Toronto
by MichaelSchatte.com on April 21, 2016 in 2016

A music video for Michael’s song Northern Dancer Boulevard (track 2 on the Turn Back the Vikings album) will premier Saturday May, 14th at the 5th Annual Sudden Impulse Film Festival.  Directed by Courtney Bruneau of CABruneau Productions, the new work is the most ambitious Schatte music video yet produced.  To help launch it, The Michael Schatte Band will perform at the event, tickets for which can be purchased for $15 here.

More about the Festival: 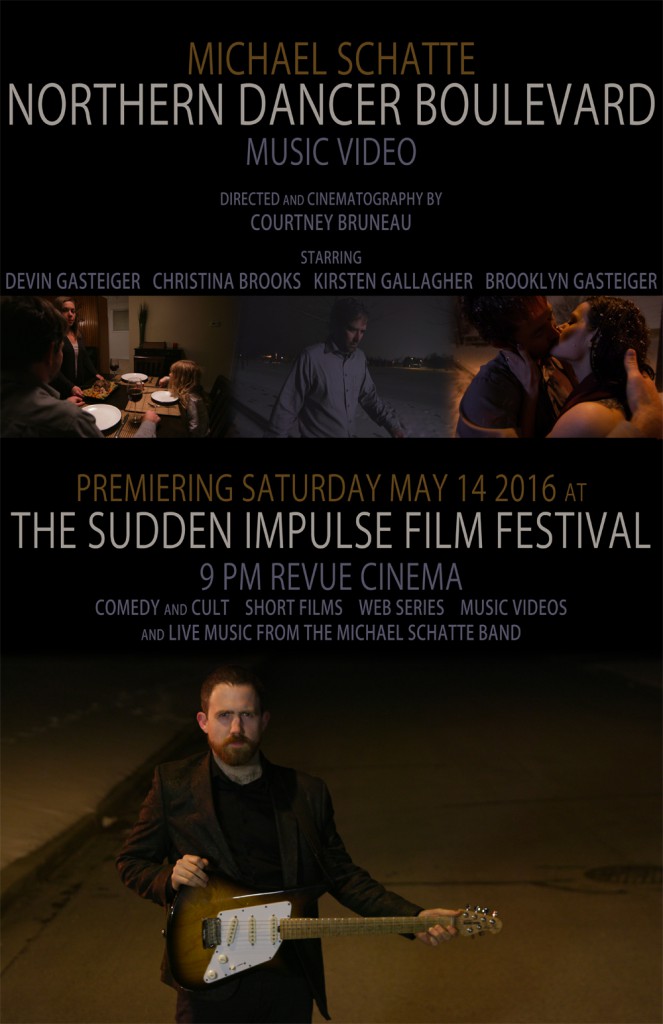